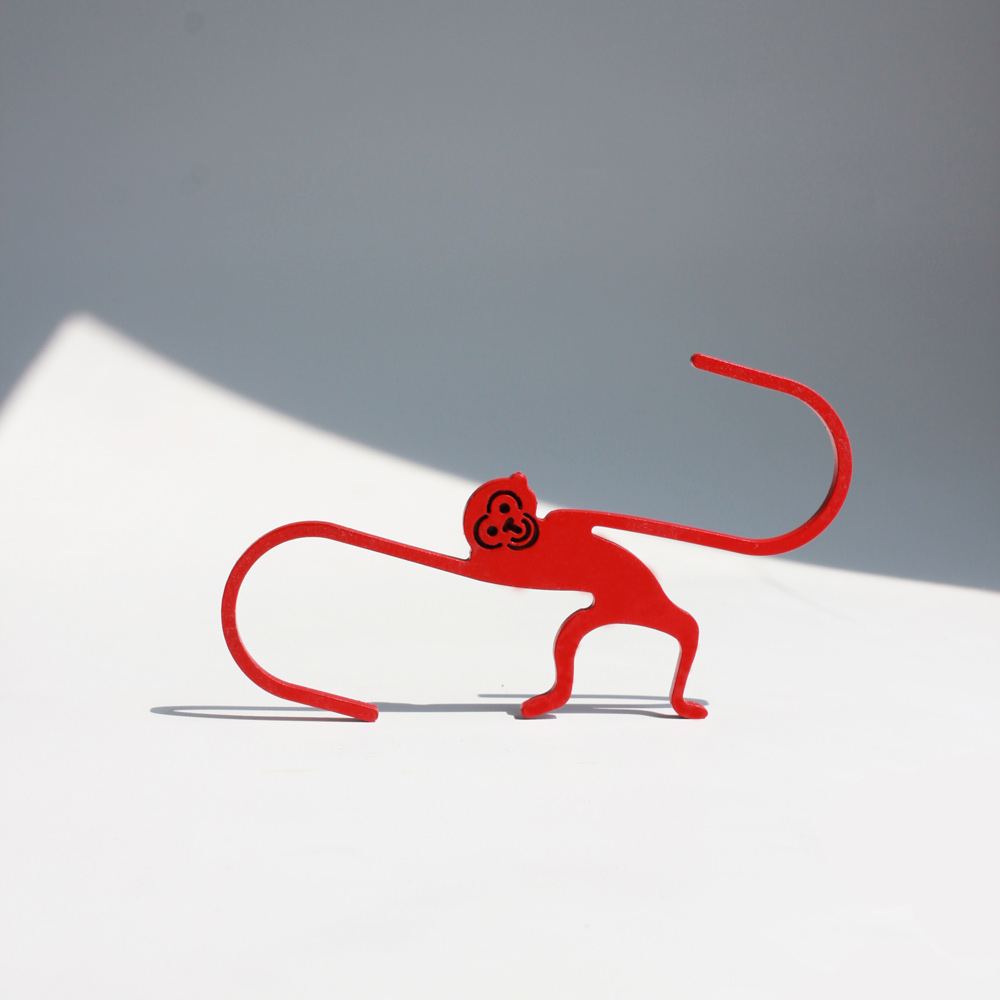 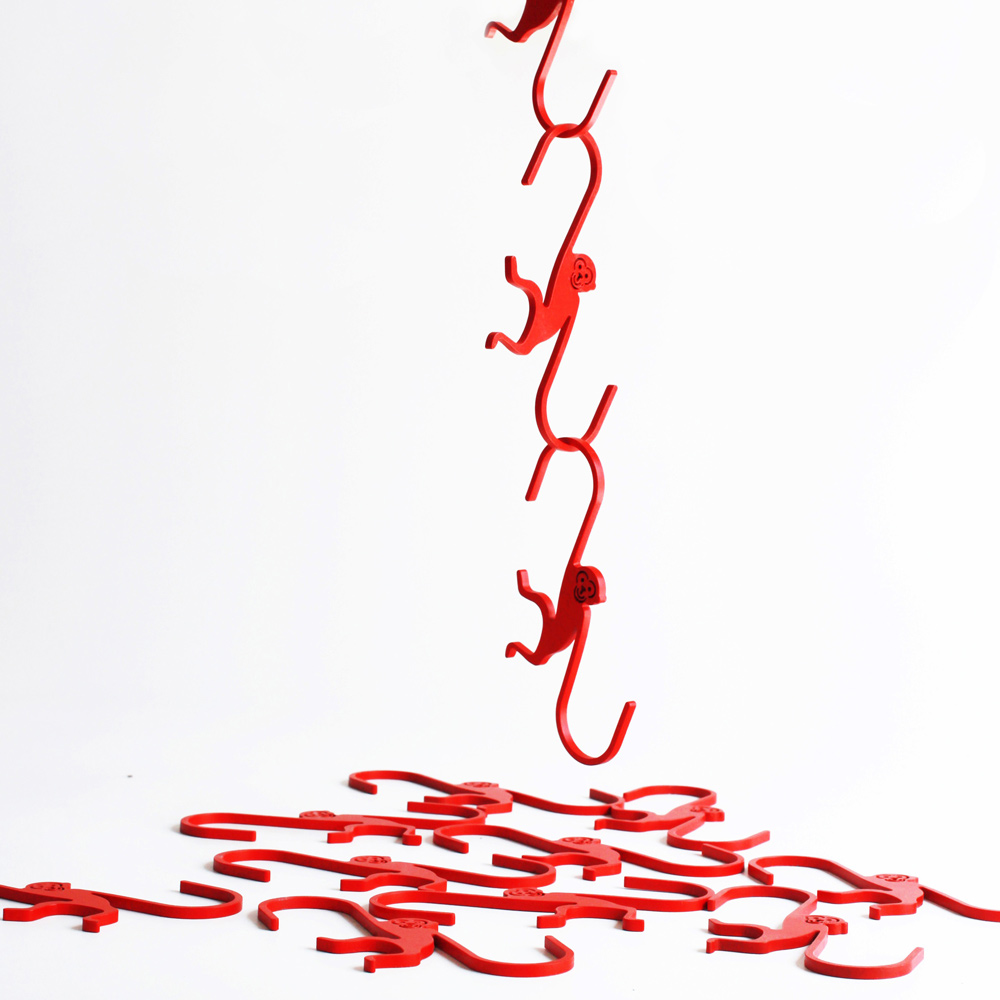 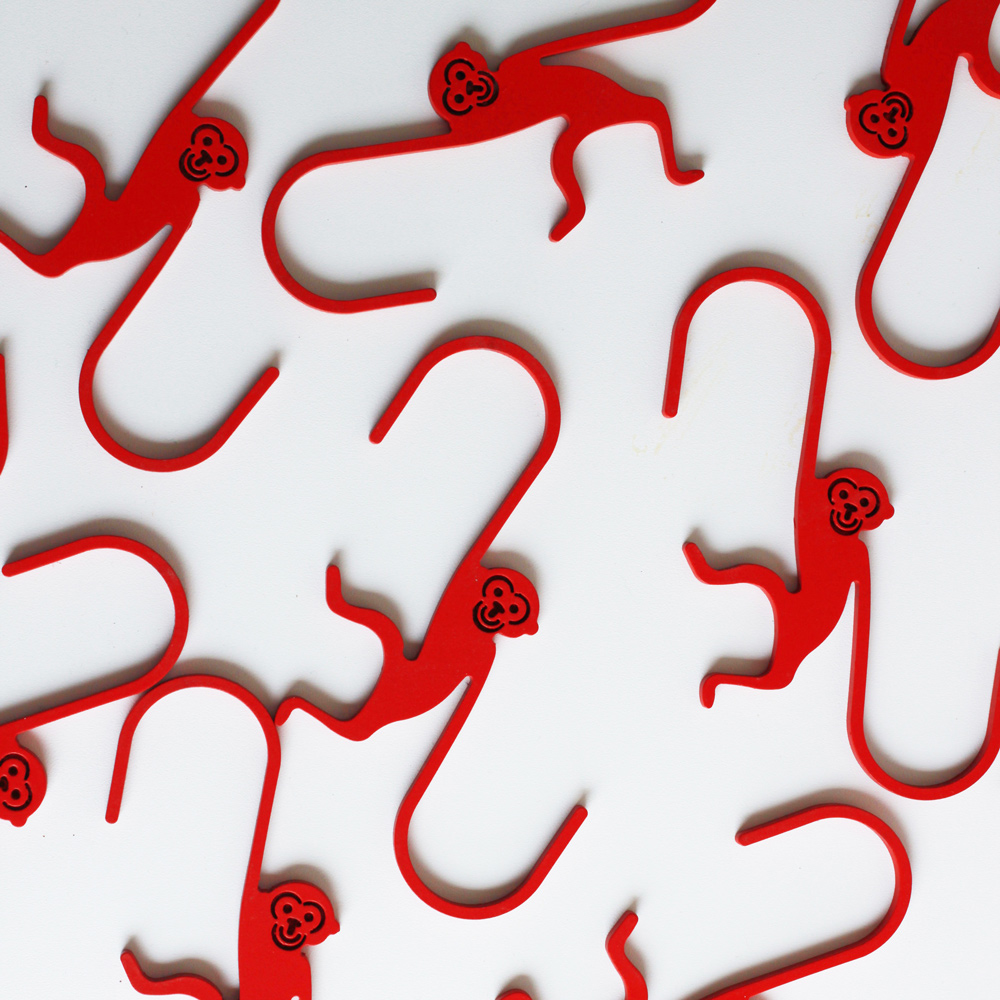 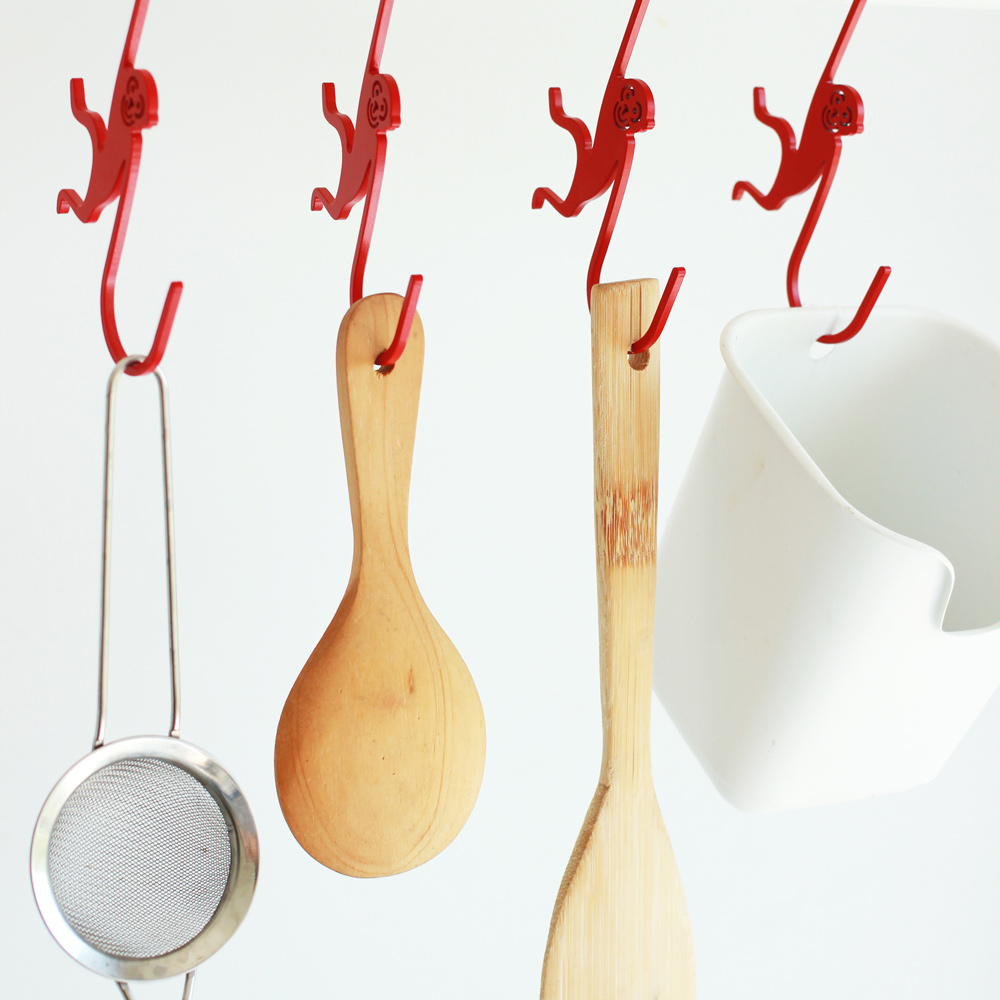 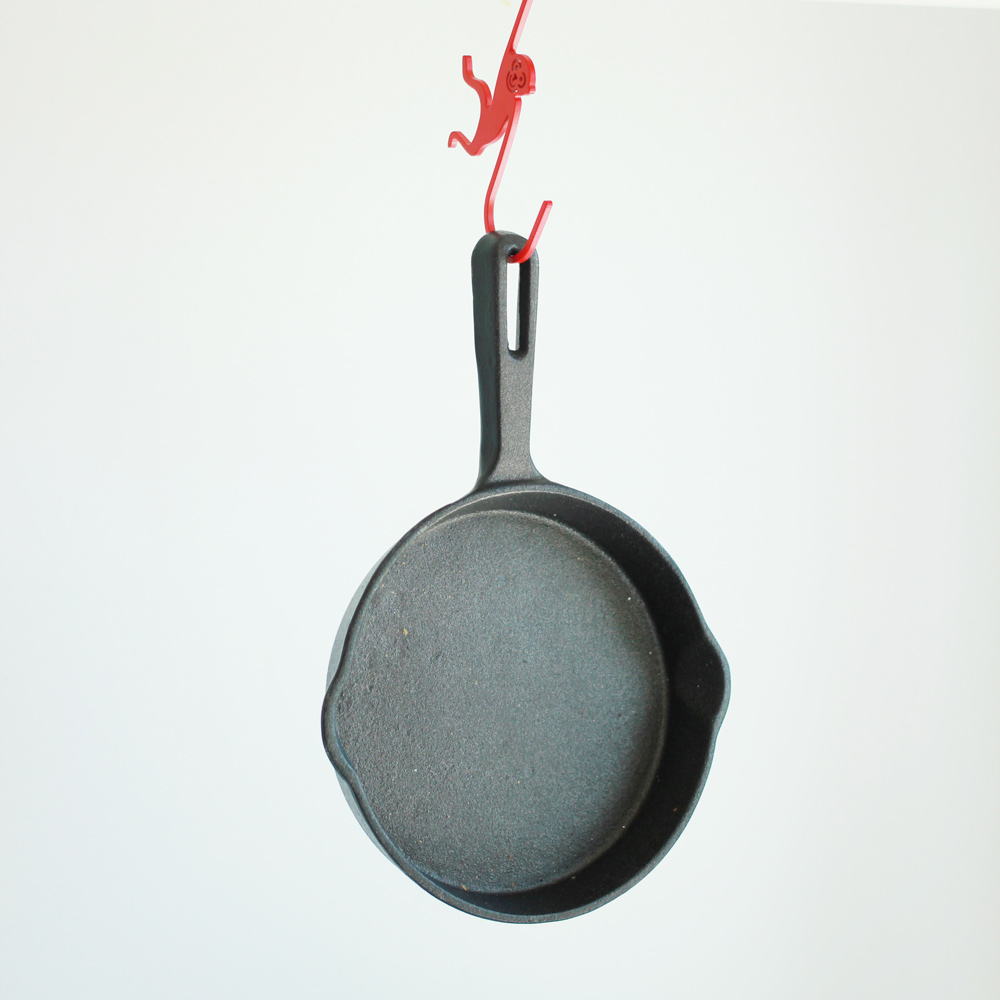 Indonesian rapid economic growth resulting in massive deforestation and ecological destruction. Wild orangutans live only on the forest of Borneo and Sumatra, as do many species of rattan, their existance is now at risk. Indonesia has majority (80%) of rattan population in the world. It is an ecofriendly resources, and it can grow on various enviroment without damaging the ecosystem. The problem of deforestation not only effecting the habitat of orang-utan, but also the existance of majority rattan in the world. The relationship between Orang Utan and rattan suggest that rattans are an important food source for orangutans. These relationship highlights the need for our awareness towards the current habitat condition of Orang Utan.

Orang utan hook recalls a deforestation phenomenon that destroyed orang utan’s habitats in borneo, Indonesia. These primates are known for their flexibility to grasp things with both their hands and feet, which inspired us to design this particular shape.
The result is both playful and family-friendly product while at the same time is raising an awareness for a cause.